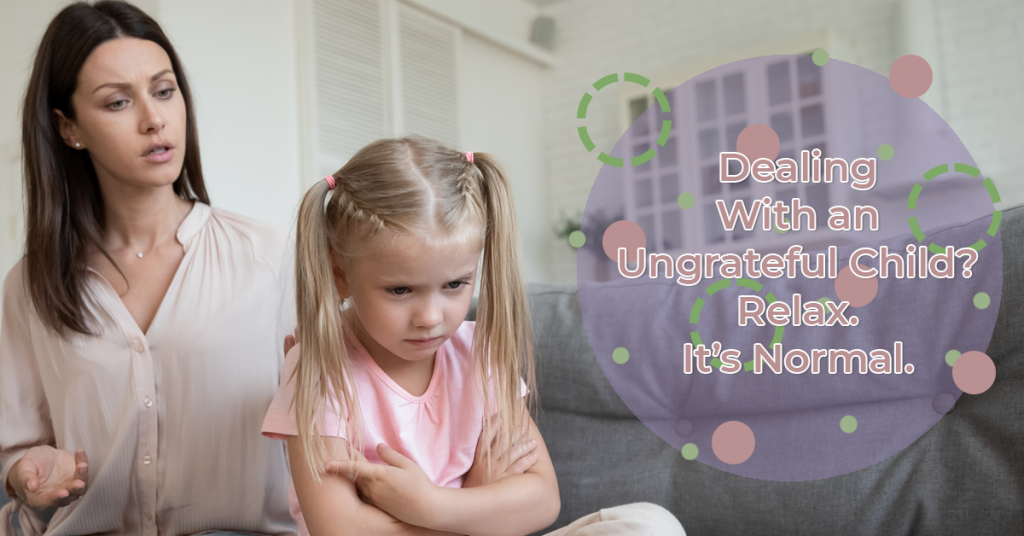 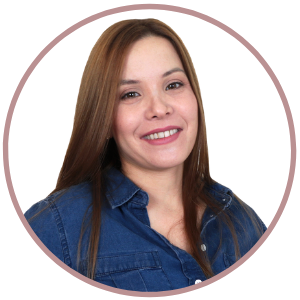 We have all had this moment:

Your child is given a present. This could be from a friend, relative, a neighbor – it doesn’t matter. The point is, your child’s reaction to receiving the present has mortified you in some way. You are convinced that the gift giver now thinks you are a bad parent, and that you have an ungrateful child.

For instance, children have notoriously negative reactions to receiving clothes as gifts. Nevermind the fact that the lovely outfit their grandmother selected for them showed up in a sea of 25 brightly colored plastic toys – they still feel the need to vocalize the fact that they don’t like receiving clothes. They would have rather had that 26th toy (that they’ll forget about by next week).

Or maybe your child almost received what he or she wanted, but it wasn’t exactly right. To your adult ears, they’re essentially saying “Yes, this is a $70 Star Wars Lego set, and yes, you went out of your way to buy it for me with your own money, but I wanted the one with Darth Vader, so therefore this one is garbage. You offend me.”

Kids grabbing greedily for the last cookie so that their sister can’t get it – kids snatching the goodies that are offered by grown-ups, and scampering away without saying thank you – kids throwing a tantrum because you wouldn’t hand over your smart phone – kids complaining that they have nothing to play with while they’re standing on a literal pile of toys. It’s madness!

“What is happening? What did I do to accidentally raise such ungrateful kids?”

This isn’t your fault. I know it’s hard to keep that in mind when you’re having the same argument for the 50th time with your child, but this happens to every child, everywhere.

It might help if you consider the following truths:

People Don’t like to Talk about Their Kids’ Ungrateful Moments

Part of the reason that we as parents take this behavior so hard is because we feel like we are the only ones dealing with it.

However, get any one of your mom friends into a candid conversation, and she’s going to spill her guts about how she is struggling with the exact same issues you are.

So, in much the same way that parents are reluctant to parade around a poor report card, most parents are probably not going to offer up their stories of embarrassment at their child’s behavior. And because you never hear anyone else talking about these problems, you begin to think that you are the only one having them.

Trust me, you’re not.

It’s a Phase, but a Particularly Long One

When you were a brand-new mom, and you were pacing your darkened living room with a colicky baby, friends and family probably tried to comfort you by saying “it’s a phase.”

It turns out they were right. Babies waking up at night is a phase, toddlers putting everything in their mouths is a phase, the terrible twos are a phase, your child refusing to eat anything but yogurt is a phase… and yes, ungratefulness is a phase too.

It just happens to be an especially long one.

How long? Well, one study in particular showed that “kids” (adults really) in college began to understand the importance of their parents’ roles in their lives, and could genuinely grasp the sacrifice and hard work that went into raising them.

But it’s not all bad news! Children can be taught gratitude in stages. If you concentrate on something small but attainable, like saying “thank you” whenever a child is given something, they can begin to internalize a sense of gratefulness. If you continue working on this, and if you model true gratitude yourself, you can bet that you are going to raise a grateful child.

But, if you were hoping that your 10-year-old would suddenly gain a profound appreciation for the part-time job you took on to help pay for summer camp, that will have to wait about 8 more years.

From your end, you are feeling upset because your child doesn’t appreciate everything you try to do for them.

In a way, that is a very grown-up feeling for them to have. In fact, adults feel this way all the time. Think about situations at work, or perhaps with your own family, where you feel held back or boxed in by another person. It’s irritating. It makes you feel less sure of yourself.

And yes, it can even make it harder for you to feel grateful towards that person, even if they do something nice for you.

Sometimes, children are reacting to the situation they are in; not necessarily reacting to you.

It’s Remarkably Hard to Put Yourself in Their Shoes 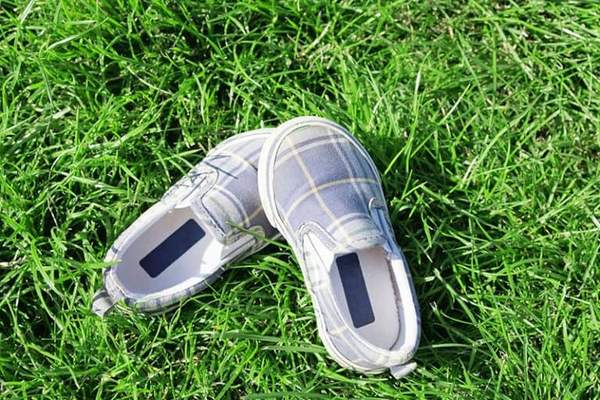 This is a tricky one.

So let’s try something else. Lets visualize your child’s behavior in terms of a work environment.

Imagine that you are at work, and in the middle of a very important project. You are concentrating very hard, because you know you are within sight of completing your task, and putting it behind you. Suddenly, your focus is shattered, and your day is interrupted, because your boss needs to see you in the office immediately.

How do you feel in that moment?

Chances are, you are irritated. You are probably mentally preparing a list of excuses for why you cannot attend that meeting. When you go home later tonight, this will be the first thing you complain about to your spouse.

Now imagine that same scenario playing out a dozen more times on the same day. To our children, we must all seem like grouchy bosses sometimes – calling the shots with little to no regard to their feelings or desires. Looking at it this way, it’s much easier to see why our kids have these seemingly ungrateful outbursts.

The best we can do is keep trying to see it their way, and remember that even though they’re little, they have feelings too.

Being Self-Centered Is a Necessary Trait for Children

Our schools, our neighborhoods, and our society puts so much emphasis on kindness and courtesy, it can feel very demoralizing when you have a child who doesn’t naturally exhibit these qualities.

It turns out however, that society might really be asking too much of a young child.

Now, I am not saying that we are all doomed to dealing with outright rudeness, nor am I saying that you shouldn’t discipline unacceptable behavior. What I am saying is that if your child acts in a self-centered way, or has trouble with the concept that other people also have feelings; there’s a good reason for it.

If children never distance themselves from their families, then they will never figure out who they truly are. It is natural for kids to constantly discover, and then push the boundaries. It is natural for kids to realize, and then vocalize that they don’t always like the same things that you do (or, that they really like things that you don’t like).

There is so much of the world to experience, and a lot of it is brand-new to your child. They need to focus on themselves to be able to sort out how they feel about it all.

Remember that our kids’ brains aren’t fully developed yet. Asking a child to not only realize the feelings of others, but to react to them appropriately is a huge cognitive leap, and kids simply need time to make it.

We can help by modeling the behavior we want to see in our kids, and by offering gentle reminders when they inevitably forget.

Standing Your Ground is Exhausting, but You Should Still Do It. 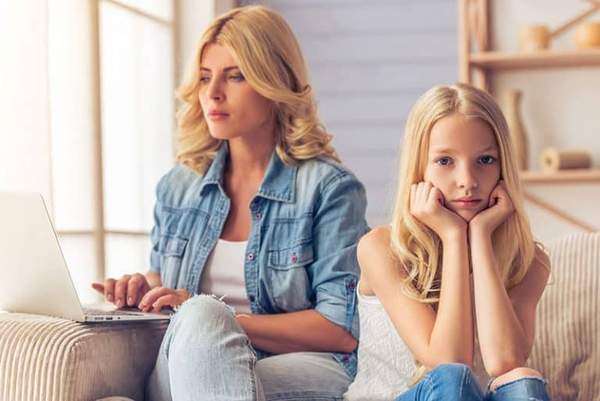 If you are like me, you probably began to notice something alarming around the time your children turned three…

They don’t get exhausted by arguments, and could probably keep them up forever.

It doesn’t take kids (even little ones) long to realize that there is a point where their parents will give up on an argument, and they will win.

This isn’t something to be ashamed of. Every parent has backed out of the occasional argument just for the sake of having a moment’s quiet at the dinner table, or to prevent a screaming meltdown in the car. You’re just as human as your kids are, and there is only so much you can handle.

Still, studies show that if you are able to stick to your guns most of the time, you will have better success in the long run.

The louder they get, the more even your tone of voice should be. The more they hammer you with repeated questions, the more you should calmly remind them that you already answered them.

And here’s the absolute most difficult part: You have to play it cool, even if they’re throwing a fit in front of company, or in public. Trust me, you won’t get this right every time, and that’s okay. The main thing you’re trying to convey is that you don’t win arguments or get what they want by yelling and getting emotional.

The Best Thing You Can Do?

I’ve mentioned this a few times now, but I want to close with it again. We need to model gratefulness and gratitude, and not just to other adults. We need to thank our children, we need to acknowledge when they’ve done something difficult, and we need to point out when they’ve gone out of their way to be kind.

We adults can show ungratefulness in subtle ways, but children can still pick up on it. Every time we wish we had a bigger house, or a nicer car, and every time we run out to buy the latest smartphone or handbag, we’re showing our kids that it’s okay to dismiss the things you already have.

It’s hard, and nobody is going to get it right all the time. Lean on friends and family, and open up about your struggles – not just for your child’s sake, but for yours.

Do you know other parents struggling with ungrateful behavior? Share this blog post with them if you found it helpful.